‘The Bob’s Burgers Movie’ is a pleasant and entertaining film that will leave fans of the TV program happy but may lose those not familiar with the source material.

The new animated musical based on the popular TV series features hilarious songs and a sweet family story but doesn’t offer much for those new to the characters. 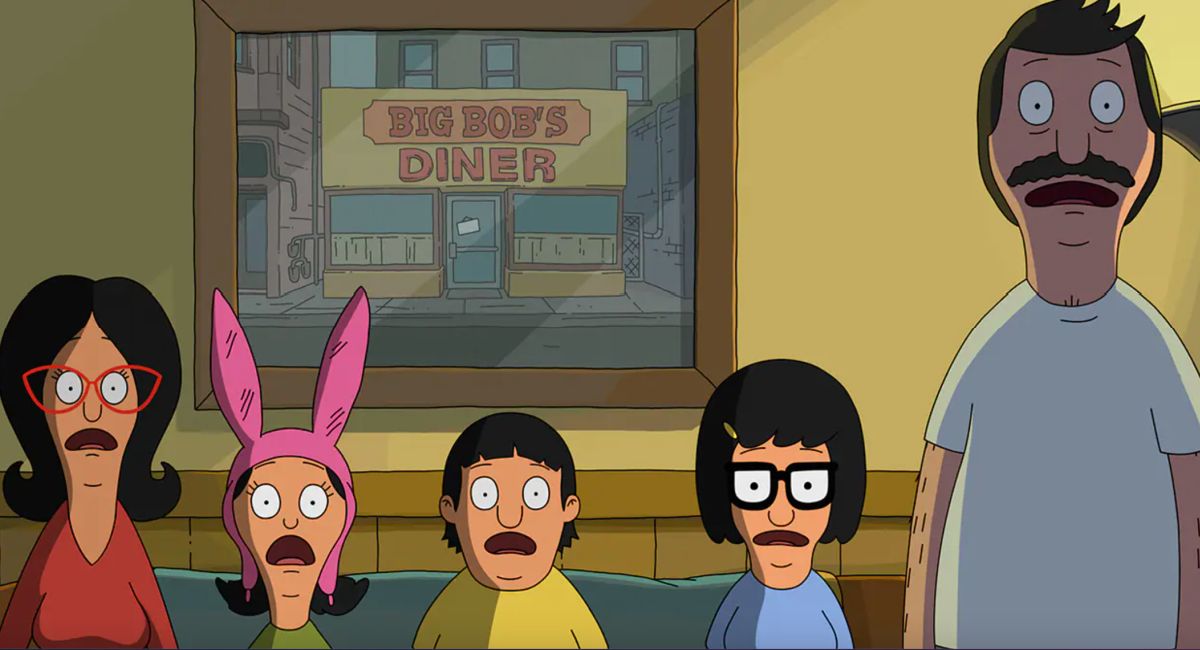 When a sinkhole in front of the Belcher’s restaurant ruin the family’s plans for a perfect summer, Bob and Linda struggle to keep the business afloat, while their kids try to solve a mystery that could save their family's restaurant. The result is an animated musical comedy that will please fans of the series but may lose those not familiar with the source material.

The movie begins by reintroducing audiences to the Belcher family as they prepare for their perfect summer. But trouble begins as Bob (Benjamin) and Linda (Roberts) are turned down for an extension on their bank loan and now have only a week to pay it back. But their ability to make the money in time is jeopardized by a sinkhole that develops in front of the restaurant, blocking patrons from entering. Soon, Louise (Schaal) finds the skeleton of a murdered man in the hole and begins an investigation to discover the real killer.

Meanwhile, Tina (Mintz) decides to tell her crush her true feelings, Gene (Mirman) is determined to get his band to headline Wonder Warf’s summer show, and Louise’s school rival calls her a baby! But when the kids overhear their parents discussing their money issues, Louise enlists her siblings to solve the mystery of the sinkhole and save their family business.

Those not familiar with the series may be thrown by the casting, as several male actors voice female characters, which takes some adjustment but ultimately works for the performances. The voice cast returning from the series clearly know their characters well, and really create a sweet family dynamic. Dan Mintz is excellent as the Belcher’s oldest daughter, Tina, who is just beginning her awkward teenage years. Eugene Mirman’s Gene and Kristen Schaal’s Louise are also well voiced and add to the odd humor of the film, especially Louise who’s story helps drive the plot.

Another male actor voicing a female character is John Roberts as Linda, who plays the classic loving yet overbearing mother. His interpretation of Linda is one of the strongest in the film and creates a very relatable character. H. Jon Benjamin is also very good as Bob, but the character’s low droll of a voice becomes too monotone at times.

Directors Loren Bouchard and Bernard Derriman succeed in the animation and music departments, however the story, which is basically a “who done it,” is far too simple for a two-hour movie, at times over-stuffing the plot and moving focus away from the family dynamics that made the series a hit with fans.

Much like other big screen adaptions of popular animated TV shows such as ‘The Simpsons Movie’ or ‘South Park: Bigger, Louder & Uncut,’ the film feels at times like an over-bloated episode of the television series, which may entertain fans, but could leave others lost.

At its heart, ‘The Bob’s Burgers Movie’ is really an animated musical, with wonderfully funny songs that work well within the context of the film, like the opening number “Perfect Summer” or Tina’s balled, “Summer Boyfriend.” But ultimately, not knowing the original source material and characters was really a detriment to enjoying the overall movie.

In the end, ‘The Bob’s Burgers Movie’ features strong animation, lovable characters and great musical numbers, but falls short of transcending its television source material. New audiences will only enjoy it so much, but fans of the original series will delight in the nostalgia and familiar characters.

When a ruptured water main creates an enormous sinkhole right in front of Bob's Burgers, it blocks the entrance indefinitely and ruins the Belchers’ plans for... Read the Plot