Forget all those tough dudes. The biggest badass is now aboard. 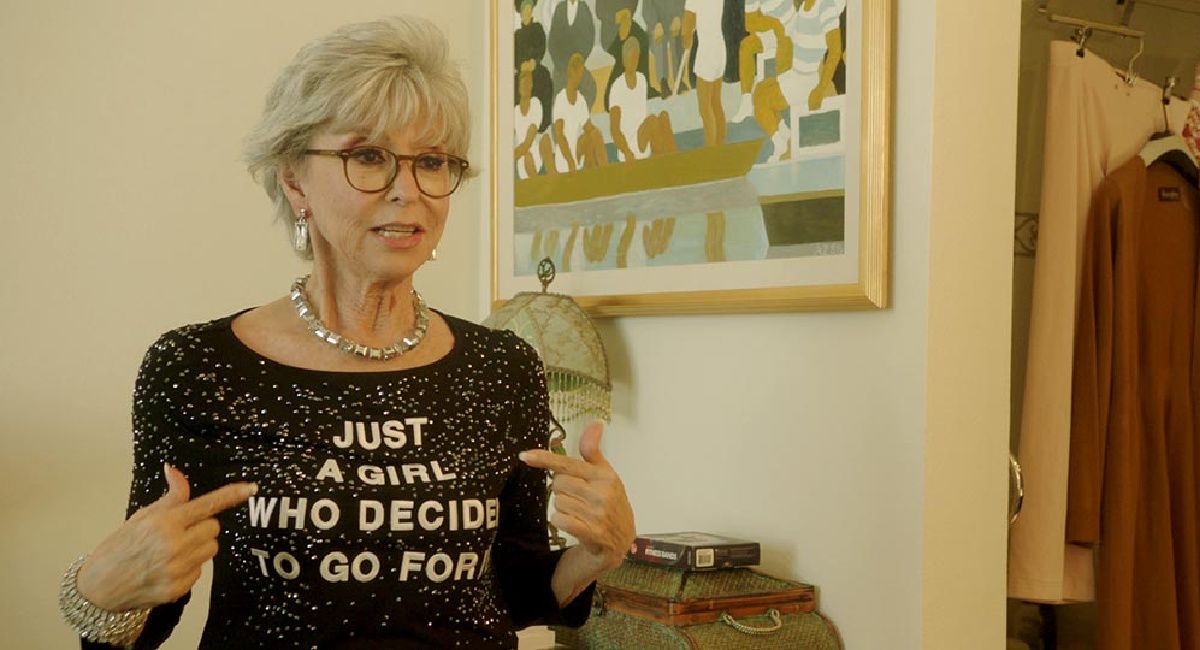 Rita Moreno in the documentary 'Rita Moreno: Just a Girl Who Decided to Go for It.'

In keeping with how most people find out about anything ‘Fast & Furious’, the most recent – and potentially most exciting – piece of casting news comes courtesy of Vin Diesel’s Instagram.

The enthusiastic actor/producer hit social media with a video announcing that none other than Oscar winner and acting legend Rita Moreno is aboard ‘Fast X’, joining the ever-growing ensemble as Dominic Toretto’s (Diesel) grandmother.

“It’s been my dream forever to work with Rita Moreno, and the fact that she’s here playing my grandmother makes my soul smile,” Diesel says in the video.

“I think my old age was waiting for you to ask me, isn’t that nice, and I’m here, the answer is yes, I’ll do it, and not only I’ll do it, I am tickled,” Moreno responds.

It’s a lovefest! Which is in stark contrast to some of the other videos shot on set of the movie, with uncomfortable-looking co-stars (and former director Justin Lin) appearing to resent having to show up on camera with Diesel.

Casting Moreno represents just the latest addition to the ‘Fast’ team for this new movie, which has already seen the likes of Brie Larson, Jason Momoa, Daniela Melchior and ‘Reacher’s Alan Ritchson making their debut in the franchise.

The plot for the movie remains under wraps, though the presence of Charlize Theron’s Cipher points to more trouble for our main team. Returning this time are veterans Michelle Rodriguez, Ludacris, Tyrese Gibson, Jordana Brewster, Sung Kang, and Nathalie Emmanuel.

In addition to the regulars, ‘The Fate of the Furious’ Scott Eastwood (as the government agent codenamed Little Nobody) plus ‘F9’s Michael Rooker (as mechanic/Toretto family friend Buddy) and Cardi B (as paramilitary leader Leysa) are also all back in the fold.

Moreno, of course, needs little introduction. An actor with decades of experience, she’s also known for her singing and dancing skills. She won an Oscar for her performance as Anita in 1961’s ‘West Side Story’, and notched acclaim for appearing in Steven Spielberg’s version of the same movie last year, albeit playing a different role. She’s also an “EGOT” – having won an Emmy, a Grammy, an Oscar, and a Tony. And now she could be up for the MTV Movie Awards as Coolest Granny On Film.

She’s someone Diesel has been trying to get on board for a while now. Interviewed by Variety last year, the actor and Lin discussed the idea of Dom’s mother showing up but pivoted to talk of his grandmother. “Before we get to Mother Toretto, we will get to Abuela,” Diesel says. “And the person that I’m so excited to talk about that role is Rita Moreno.’”

For her part, Moreno seemed up for it at the time. “I’m waiting for his call,” she laughed. “I think it’s a fabulous idea. I hope he puts me in black leather…” Let’s see if that last part comes true!

‘Fast X’ has had to weather some recent drama, with Lin stepping away from the movie, to be replaced by Louis Leterrier. The switch has caused a brief shutdown in production, but the movie is back up and shooting now.

With luck, ‘Fast X’ will still be speeding into theaters on May 19th next year.

The tenth installment in the Fast Saga. Read the Plot

Rita Moreno Surprised When Asked to Be Documentary Subject

CBS All Access Wants 'One Day at a Time,' But Netflix Still Has Veto Power