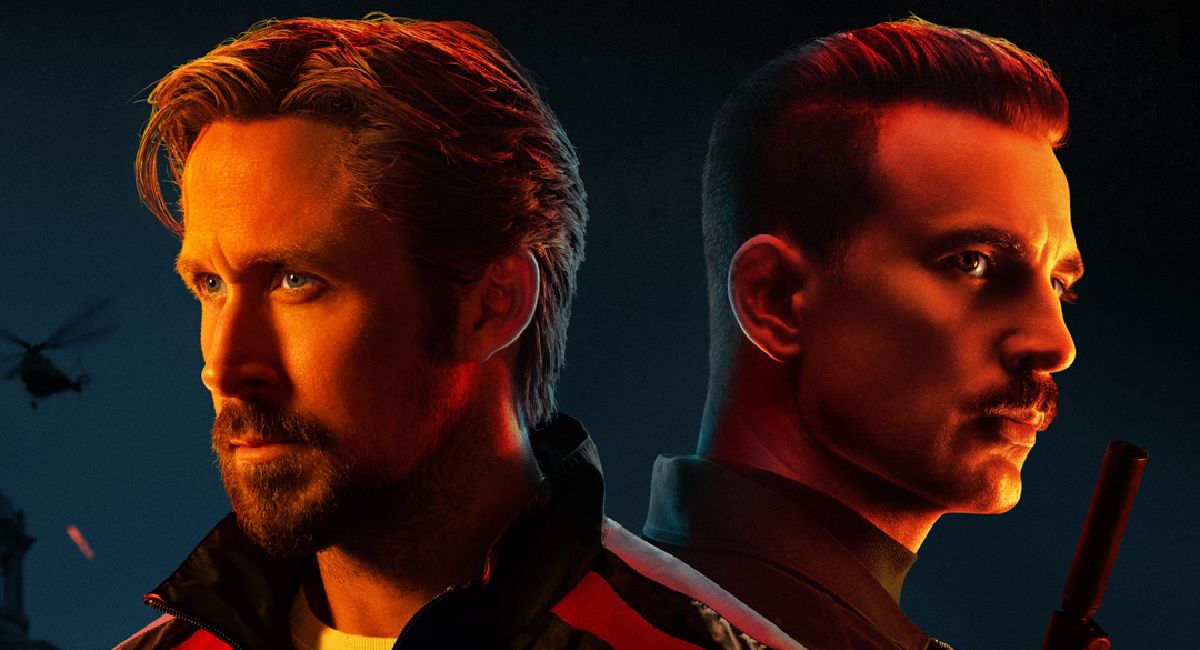 (L to R) Ryan Gosling and Chris Evans in Netflix's 'The Gray Man.'

“Wanna make an omelet? Gotta kill some people,” proclaims Chris Evans’ lethal operative Lloyd Hansen, a man for whom the words “awful mustache” never registers when he looks in the mirror. He’s the enthusiastic psycho who forms one half-of the killer leading combo in the new trailer for Joe and Anthony Russo’s new action movie, ‘The Gray Man’.

Though the sibling directors have shot one movie (the Tom Holland-starring addiction drama ‘Cherry’) and produced a variety of others, this represents their full return to big-scale filmmaking since the gigantic, box office-conquering ‘Avengers: Endgame’.

The setup is a relatively simple one: Ryan Gosling, the other half of that leading duo, is Court Gentry, AKA Sierra Six. Plucked from a federal penitentiary and recruited by his handler, Donald Fitzroy (Billy Bob Thornton), Gentry was once a highly skilled, CIA-sanctioned merchant of death. He’s Sierra Six, one of the people the Agency calls in when it needs absolute deniability.

But now, after discovering evidence of a dark conspiracy, the tables have turned and Six is the target, hunted across the globe by Lloyd, a former cohort at the CIA, who will stop at nothing to take him out. Agent Dani Miranda (Ana de Armas) has his back. He’ll need it.

Adapted from Mark Greaney’s series of spy novels by Joe Russo and the directors’ regular screenwriting compatriots Christopher Markus and Stephen McFeely, ‘The Gray Man’ is very much in the ‘Bourne’ mold – globe-trotting thrillers where our central hero is hunted down by the people who once trusted him to get the job done. See also: ‘John Wick’.

Gosling’s Gentry is a very capable man, quick with his fists and very creative when it comes to violence. But Evans’ Hansen is pretty much his match, so it’ll be fun to watch these two go up against each other.

Both Gosling and Evans know what they’re doing in this sphere, and Evans in particular looks to be having fun playing against type as the psycho villain. It’s almost as though his Ransom Drysdale from ‘Knives Out’ joined the CIA.

‘The Gray Man’ represents the latest big-budget gamble by Netflix, who stumped up roughly $200 million for the Russo duo to bring their magic touch a new action spectacle, with the hopes that they’ll also deliver on the character side of things. And, of course, that it’ll launch another franchise from the pair’s AGBO company to go along with the likes of the Chris Hemsworth-starring ‘Extraction’, which has a sequel already in the works.

‘The Gray Man’ takes aim at a limited release in theaters from July 15, before arriving on Netflix on July 22nd.

‘The Gray Man’ is in theaters beginning July 15, before arriving on Netflix on July 22nd.

The Gray Man is CIA operative Court Gentry (Ryan Gosling), aka, Sierra Six. Plucked from a federal penitentiary and recruited by his handler, Donald Fitzroy (Billy... Read the Plot

First Images of ‘The Gray Man’