‘Top Gun: Maverick’ is a Nostalgia Fueled Thrill Ride and a Worthy Sequel to the Groundbreaking 80’s Movie.

Director Joseph Kosinski delivers some of the best flying sequences ever filmed, which are anchored by Tom Cruise’s commanding performance. 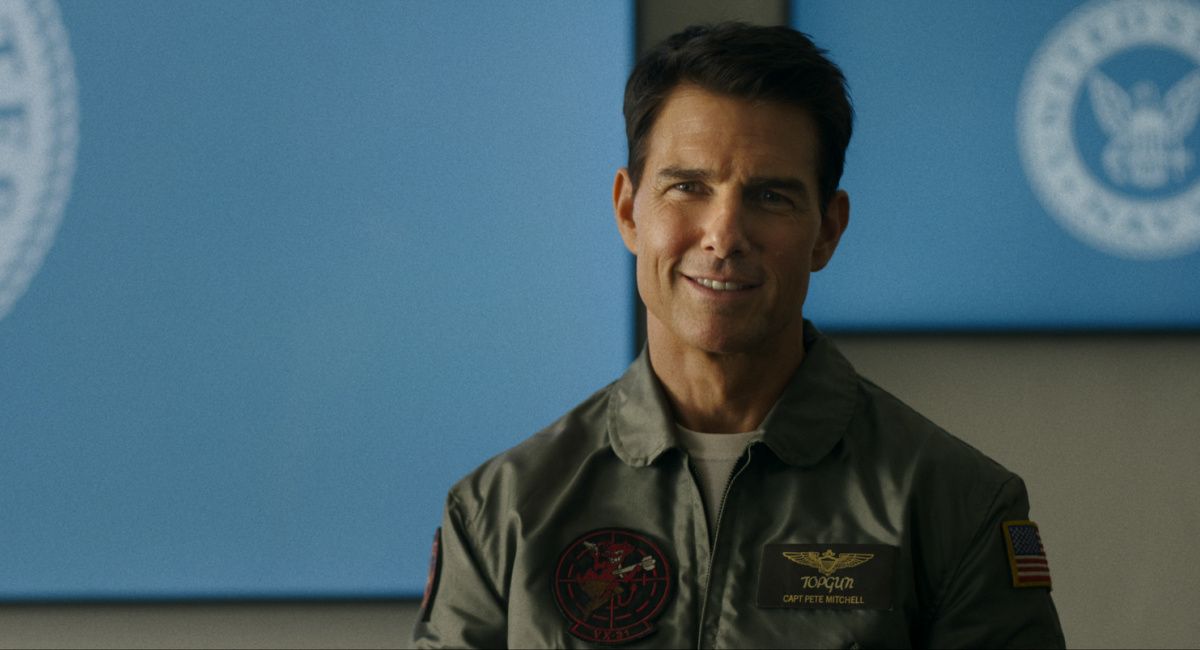 Opening in theaters on May 27th is the long-awaited sequel to the groundbreaking 1986 Tony Scott film ‘Top Gun,’ aptly titled ‘Top Gun: Maverick.’

The movie picks up 36 years after the original, and centers on an older Pete “Maverick” Mitchell (Tom Cruise) who is ordered to return to the TOPGUN flight school to train a group of the Navy’s best pilots for a dangerous secret mission.

The result is an exhilarating sequel that relies only a bit on nostalgia but also creates new characters and situations to test its lead character, played commandingly by Cruise, and features some of the best flying sequences ever captured on film.

Set 36 years after the original, we are reintroduced to Pete “Maverick” Mitchell (Cruise), who is still in the Navy, but has only achieved the rank of Captain due to his infamous insubordination. Maverick is surprised to be called back to his old flight school, TOPGUN, by Admiral Tom “Iceman” Kazansky (Kilmer), in order to train the best pilots in the Navy for a dangerous secret mission.

But Maverick soon discovers that the son of his ex-partner Goose (Edwards in archive footage), Bradley “Rooster” Bradshaw (Teller), is one of his new students and now Maverick must decide if he is willing to put Rooster’s life at risk or protect him as his father would have wanted.

Meanwhile, Maverick must deal with his commanding officer, Vice Admiral Beau “Cyclone” Simpson (Hamm), as well as revisiting a past relationship with Penny Benjamin (Connelly), “the Admiral’s daughter” that was briefly mentioned in the original film. As Maverick and Rooster come to terms with their anger towards each other, Mitchell must get the recruits ready for the mission of their life.

Of all the 1980’s blockbuster movies, ‘Top Gun’ is the "Holy Grail" of recognizable intellectual property to never be tapped for sequels, which is why the franchise was so ripe for a follow-up now. In a world where movies based on popular IP rule, Tom Cruise was wise to revisit the character of Maverick in a ‘Top Gun’ sequel as creating franchises out of ‘Jack Reacher’ and ‘The Mummy’ failed to work, and the actor can’t just make ‘Mission: impossible’ movies the rest of his life!

But unlike other recent “legacy sequels” such as ‘Star Wars: The Force Awakens’ or ‘Ghostbusters: Afterlife,’ ‘Maverick’ does not rely on the nostalgia factor quite as much. In fact, with the exception of Tom Cruise, (and archive footage appearances from Anthony Edwards and Meg Ryan), Val Kilmer is the only other actor from the original to appear in the sequel.

While the nostalgia kicks in during the opening credits, as soon as you hear the famous ‘Top Gun’ theme, the movie doesn’t rely on nostalgia for story, outside of the main conflict between Maverick and Rooster. That allows the sequel to be its own thing, while capitalizing on the love we all have for the original, and Tom Cruise as Maverick.

But I do wish there were a few more tie-ins to the first film, like bringing back recognizable actors such as Adrian Pasdar or Oscar-winner Tim Robbins to play Maverick’s contemporaries who rose in the Naval ranks while he didn’t. Instead new series actors Jon Hamm and Charles Parnell are cast in those parts, and while effort is made to explain their connection to Maverick, it would have been easier to use characters we were already familiar with.

And while actress Kelly McGillis was missed, Jennifer Connelly was a welcomed addition as Maverick’s love interest Penny, who actually has a connection to the first film. Penny is the “Admiral’s daughter,” the same Admiral’s daughter that Goose mentions Maverick had a fling with in the original movie. While the romantic scenes are not as “steamy” as they were in the original, they are sweet, and demonstrate how Maverick has matured through the years.

Of the returning cast, Val Kilmer is absolutely wonderful as now Admiral Tom “Iceman” Kazansky. While the actor was unable to speak much of his dialogue due to an illness from cancer, the filmmakers brilliantly wove that into the character’s own history, which helped drive the story. Kilmer has a very touching scene with Cruise, and it is one of the best moments of the film.

Director Joseph Kosinski, who previously worked with Cruise on the criminally underrated ‘Oblivion,’ does amazing work here capturing some of the best flying sequences ever on film. Cruise and the other actors actually trained as pilots to prepare for the movie and are really up in the air in those jets when we see them on screen. There were no green screens or visual effects, just real actors capturing their actual expressions in those moments. We would expect nothing less from Tom Cruise at this point, but as a filmmaker, Kosinski pulled off those sequences beautifully.

Kosinski also pulls back on the nostalgia by wisely not recreating the “You’ve Lost That Lovin’ Feelin’” scene, and replacing the beach volley ball scene, with a game of football instead. Although, it would have been nice to hear a few of the old Kenny Loggins songs that were so memorable from the original.

But my biggest complaint is the strange “Fade to Black” dissolves that are littered throughout the film. It was a weird way to end a scene, and Kosinski does it repeatedly, almost as if they were laying in where the commercials will go once the film plays on cable TV in a few years. It was an odd choice, that otherwise does not hurt the overall enjoyment of the film.

After his work in the mini-series ‘The Offer,’ and now ‘Maverick,’ actor Miles Teller is really on a roll. He is perfectly cast as Rooster, and even resembles Anthony Edwards a bit. Teller gives a spunky performance and has great chemistry with Cruise. His inner-turmoil over his father’s death, and his perceived betrayal by Maverick, fuels the conflict of the film. Also excellent from the new cast is ‘Hidden Figures’ actor Glen Powell who plays Hangman, Rooster’s rival and the Iceman to his Maverick.

But ‘Top Gun: Maverick’ simply works because we all love Tom Cruise in this role! Whether you saw ‘Top Gun’ for the first time in the 80s or years later, the movie is part of our culture and seeing Cruise return to this role after all these years is a complete thrill. It’s interesting to see the character now in his late 50s and compare him to the confident 24-year old character he was in the original.

Cruise still portrays all the charm and arrogance we remember Maverick possessing in his youth, but also reveals a relic of a man, who is grappling with a changing world that could soon find him obsolete. Those are very heavy ideas to take on in a summer blockbuster, but Cruise and Kosinski were more than up for the challenge and certainly succeed on several different levels.

In the end, ‘Top Gun: Maverick’ is a rare legacy sequel, one that is more interested in telling a new story about a beloved character that has changed since the original, and less concerned with playing the greatest hits from its predecessor.

After more than thirty years of service as one of the Navy’s top aviators, Pete “Maverick” Mitchell (Tom Cruise) is where he belongs, pushing the envelope... Read the Plot

Jon Hamm Says 'Top Gun: Maverick' Footage Is 'Out of This World'